The Southern Tier Agreement expired in 1998.  In the years preceding the expiration, the four counties in New York and two in Pennsylvania (in which the Southern Tier Extension is located) were concerned that after the agreement expired, Conrail would formally abandon the line between Corry PA and Hornell NY and tear up the track.  The counties felt that if the track were torn up, the line never could be re-installed and become a functioning railroad line again, because the limited traffic volume would not justify the costs of re-acquiring the real estate and restoring the rail line.

Accordingly, the counties embarked on a strategy to retain the railroad line.  The strategies of the counties in PA and NY differed, but ultimately became complimentary.  In New York the four counties agreed to designate STW as their lead agent in the process.  NYS DOT then gave STW its rights to negotiate with Conrail and its successors under the Southern Tier Agreement.

STW began a multi-year strategy of negotiating the purchase of the line from Conrail, a process that was replete with many unanticipated turns and strategic re-starts.  At one time, the counties proposed creating a non-profit corporation to acquire, own, and operate the line; however this process was brought to a halt in the mid-1990’s when CSX and Norfolk Southern Corporation announced their proposed acquisition and division of Conrail’s assets.

Subsequently, STW began negotiating with Norfolk Southern Corporation (NSC), which was the railroad that would acquire the Southern Tier Extension line in the CSX/NSC acquisition of Conrail’s assets.  During this period, STW became a formal party of record in the federal Surface Transportation Board's (STB's) review of the proposed acquisition of Conrail’s assets by CSX and NSC.  STW provided testimony and written commentary to the STB.  In May 1998, weeks before the Southern Tier Agreement was to expire, STW, NSC, and the NYS DOT executed an agreement that provided a strategy for insuring that the line would have service after NSC acquired it. 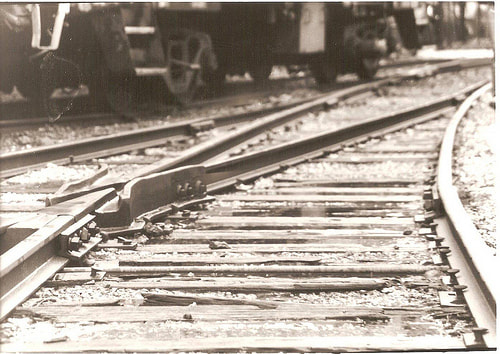 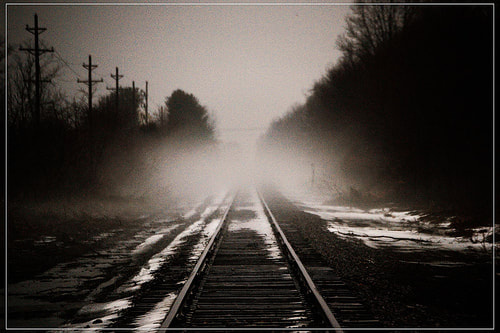 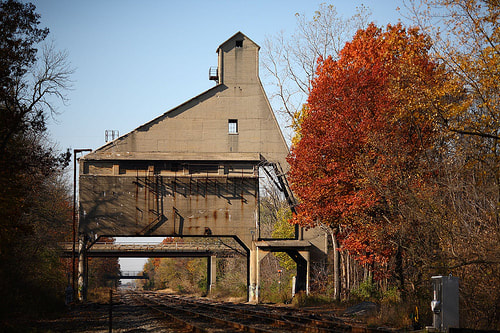 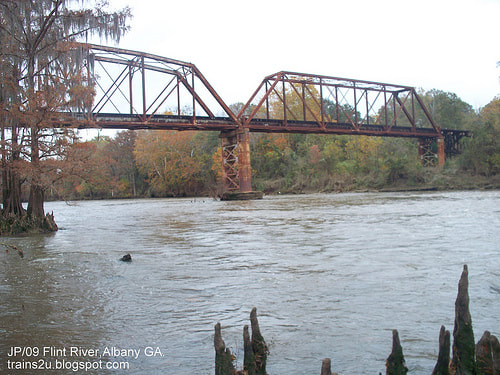 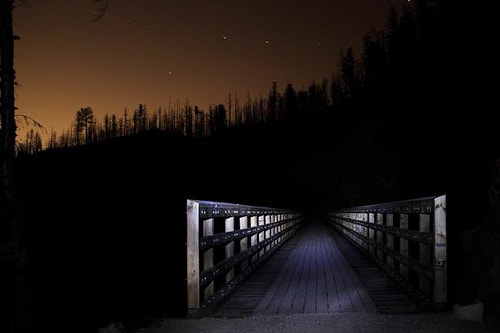 In the summer of 2000, at the request of the four New York counties, the NYS Legislature created the Chautauqua, Cattaraugus, Allegany, and Steuben Southern Tier Extension Railroad Authority (STERA) as a local public authority.  STERA was an essential element of implementing the May 1998 agreement to return the entire Southern Tier Extension railroad line to local and mainline through service.

In late 2000, on behalf of STERA, STW began negotiating a revision of the May 1998 agreement that would explicitly make STERA a party to the May 1998 agreement, provide for the redress for certain other tax abatement issues, and address certain specific service commitment obligations by NSC.  This agreement was executed in early 2001.

As of the fall of 2003, however, STERA and WNYP had sufficiently rehabilitated the line so that commercially viable local service was re-established over the entire 145 miles of the line between Corry PA and Hornell NY, with functioning interchange connections to Norfolk Southern at Meadville PA and Hornell NY. Utilizing trackage rights it retained in the sub-lease agreement with WNYP, Norfolk Southern at one time ran regular mainline “through freight traffic” (i.e., non-local service) over the line.  These trains were primarily coal trains, running eastbound loaded and westbound deadhead (empty).  However, with the decline in coal traffic, this regular mainline traffic has ceased, and Norfolk Southern only occasionally runs a through train on the line.  However, since 2001, WNYP has operated local service trains over the line.
STERA will continue its plans to further rehabilitate and repair the railroad line in order to make the line even more attractive as a mainline and local freight-shipping line.  After a STW study completed in 2009, documenting the feasibility, selecting the most appropriate site, and preparing preliminary engineering, STERA has decided to construct (on a phased basis and pending state and federal funding) a freight transload facility in Olean NY, which could lead to container service as traffic volume grows. 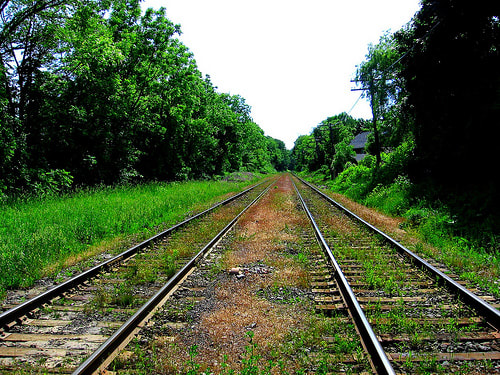 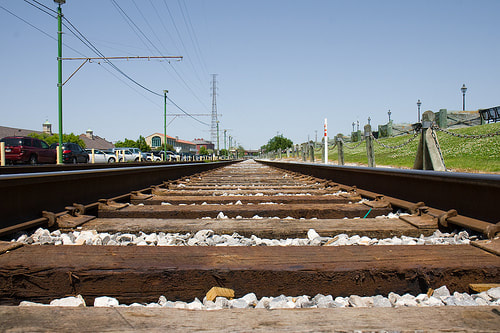 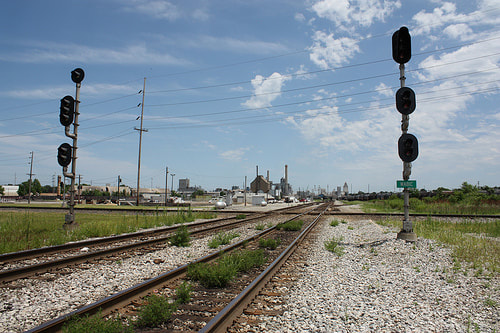 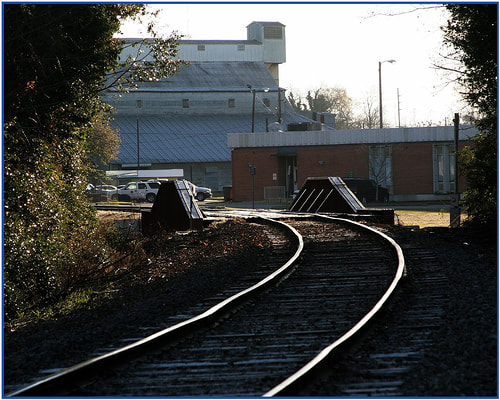 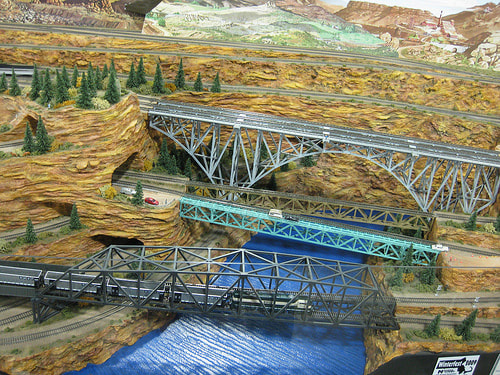 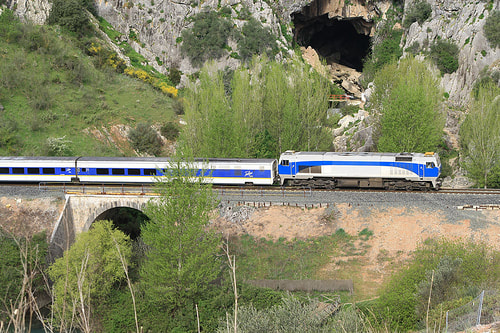 At the same time, STERA decided to extend the real estate tax abatement on the Southern Tier Extension.  In STERA’s judgment, the abatement was necessary to ensure the viability of the line and maintain the region’s investment in it since 2001.  STERA felt that several factors, including the extensive historical deferred maintenance of the line, the removal of certain rail assets by CONRAIL, the deterioration of the line with the passage of time, the institution of a higher weight capacity standard for freight rail lines, the use of new heavier coal cars, and the inability to obtain adequate levels of public sector rehabilitation grant funding per the originally envisioned timetable, had caused the pace of rehabilitation of the line to be inadequate, jeopardizing WNYP’s viability.  Consequently, STERA felt that the line’s viability as both a functioning transportation infrastructure system and an economic development initiative would be in jeopardy without the cost-stabilizing abatement.

Accordingly, simultaneously with the February 2007 approval of the Buffalo Line transaction, the STERA Board approved an extension of the May 1998 Southern Tier Extension agreement, so that its term matched the Buffalo Line agreement's terms.  The Buffalo Line transaction arrangement was incorporated into the revised May 1998 agreement, which was extended to expire in March 2016, with graduated PILOT payments on both lines due in years 2014, 2015, and 2016.  All of the other terms of the May 1998 agreement continue with this extension.
​
WNYP then went in front of the Surface Transportation Board to obtain regulatory approval for the Buffalo Line proposal, which was granted in August 2007.  On August 4, 2007, WNYP became operator of the Buffalo Line between Machias Junction and Driftwood PA.  As a consequence of this development, WNYP has created an operations center in the Olean yard (located in Olean NY and Allegany NY), moving operations personnel from the facility in Falconer NY.  WNYP has since built an engine house in the Olean yard for locomotive repair and maintenance work. WNYP's trains now additionally connect with Class 1 service (Norfolk Southern) at Driftwood PA and Machias Junction NY.  Again, for shipping information for the Western New York and Pennsylvania Railroad, contact: Daniel E. Eagan, Vice President - Marketing & Sales, telephone: 585-346-2090, email deagan@lalrr.com.

In June 2013, STERA and Norfolk Southern Railway Company executed a second amendment to the 1998 MOU, extending the abatement agreement on both railroad lines to an expiration date at the end of 2028.  This amendment agreement also provides for a 100% property tax abatement during this period, with no PILOT payments due during this period.  The $40,000 annual administrative fee due from Norfolk Southern to STERA remains in place over this period.

In February 2014, Norfolk Southern began to divert Meadville traffic into and out of the STERA system to Olean via Buffalo (via the B&P) to Salamanca.  This has resulted operating efficiencies and financial benefits.  Additionally, in November 2014 Norfolk Southern opened expanded yard operations in Bellevue Ohio, resulting in an expedition of traffic into the STERA system by several days.

Moving forward, STERA and Southern Tier West are working in partnership with WNYP and the other railroad operators to improve access to rail service by potential rail shippers in the region.  Initiatives include rail sidings, intermodal access, and other economic development activities along the lines.